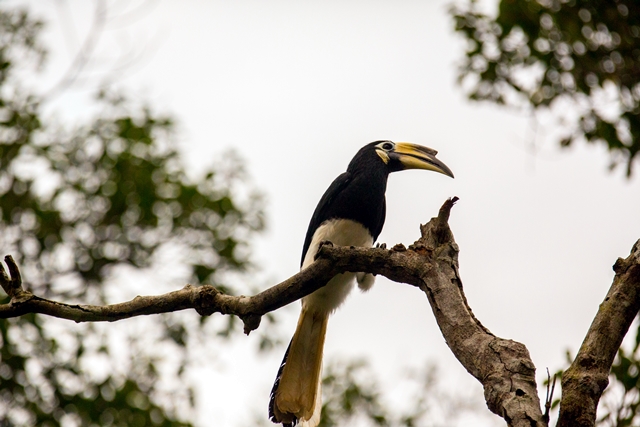 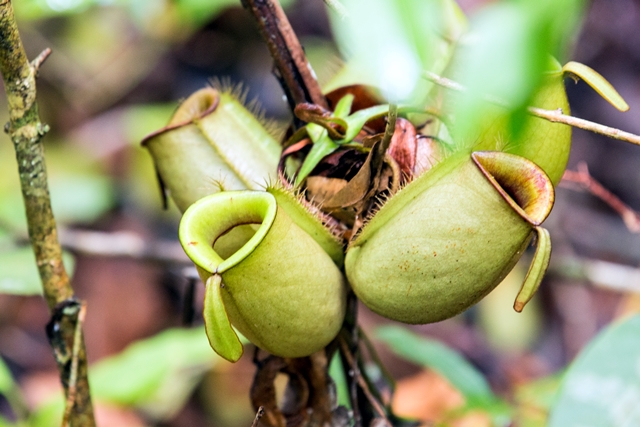 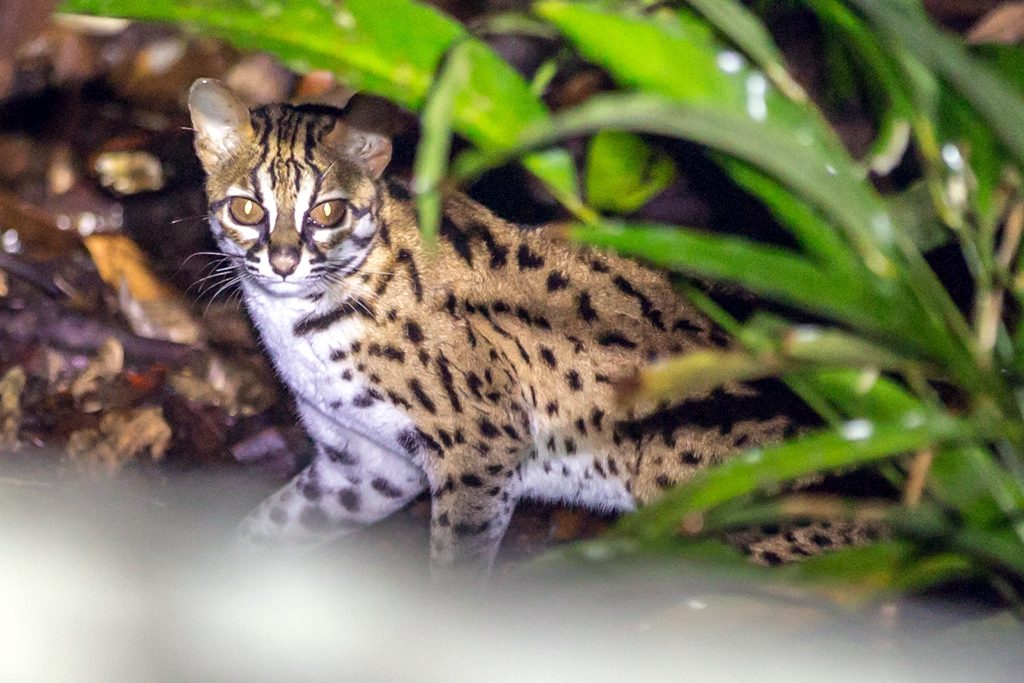 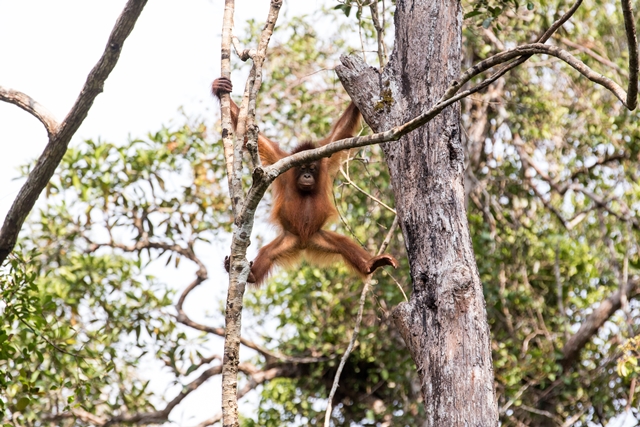 The first research center was camp leakey,it was established in 1971 by Prof. Birute Galdikas,Rod  Brindamour and Indonesia Official Ministry of Forestry.Here was that Prof. Birute Galdikas started her long term research about wild orangutan and reintroduced excaptive orangutan to their natural habitat and is supported by leakey foundation.The research she was undertaking were on the frontpage of national geographic in 1975.Prof. Birute Galdikas is now considered to be one of the world leading experts on orangutan behavior.And she continues with her foundation to manage,research the orangutan at the different camps untill this day. 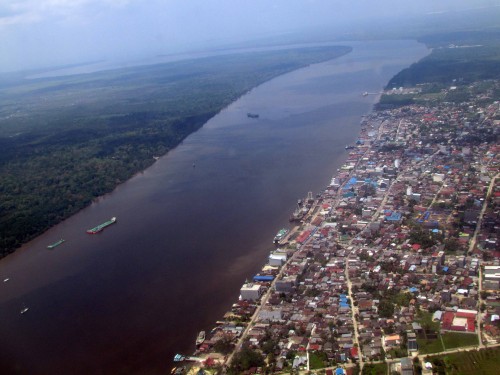 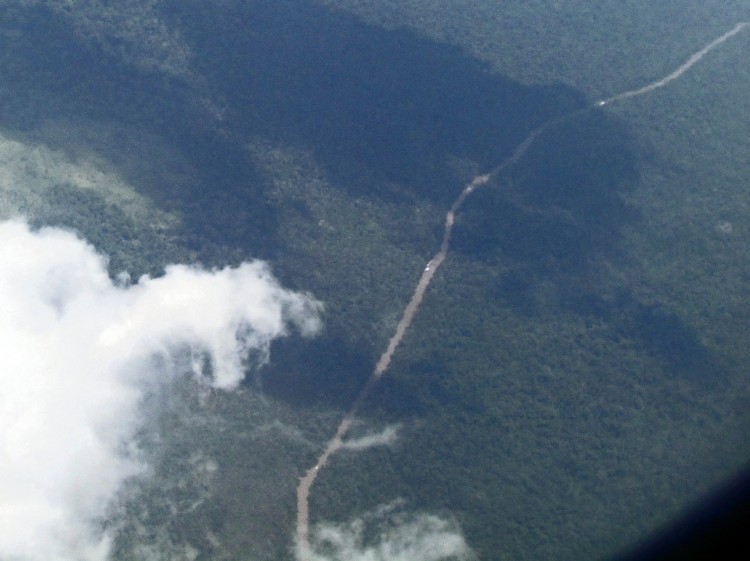 Sekonyer River is the gateway into Tanjung Puting National Park, as you make your way through the black water on either side of your boat you will see the Nypa palm and Mangroves. As you venture further upstream you will also encounter many types of forest vegetation which is home for variety of wildlife including estuarine crocodile,crab,eagle,heron,storm stock,kingfisher,and various river fish. The Sekonyer River has a distinctive and unique character and the wildlife seen along the river’s edge will leave you spellbound,but your adventure has only just begun. 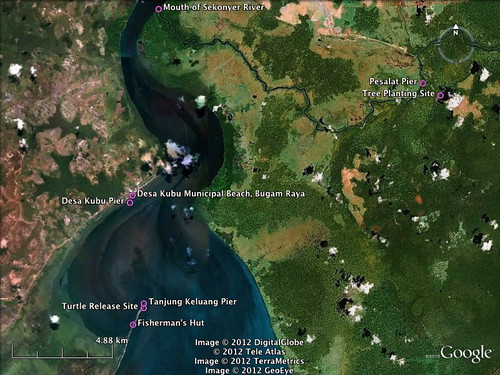 This area is the site for one of Orangutan Rehabilitation Centres where you may be able to view these rare primates that have been re-introduce into their natural habitat.At 15:00 local time you can witness the Orangutans at the feeding station. To enhance your visit this station has excellent facilities including a guest house,information centre and tracking trail for those of you who wish to explore the borneo jungle. You may also be interested to see and learn about the wild variety of orchids that  grow on region Tanjung Puting National Park.

This is an area of forest regeneration by planting tress,you will also learn how herbs are  used in the traditional way to cure diseases as an alternative to modern medicines.Pesalat also has many good locations for birdwatching and you may also camp out in the wilderness letting the peaceful atmosphere of the night and the sounds of the nocturnal wildlife send you off to sleep.on where you will be directly involved in helping to preserve the forest.

This is an attractive station and popular with tourists. Here at 09:00 local time you can watch the orang-utans feeding. There are many interesting things to see along the trail to leading up to this feeding station.

The focus on research activities at Pondok Ambung makes this an excellent place for students and visitors alike. Some research trails can be utilised for you to take a night trek into the jungle. Animal often seen at this station include mouse deer,porcupine,wildboar,sleeping birds and variety of nocturnal species.

Danau Nurisam is a season lake located in-between pondok Ambung and Camp Leakey, for those you who choose to spend your holiday afloat. You will have a magical view everynight (weather permitting of course) of the moon,stars and especially the milky way. 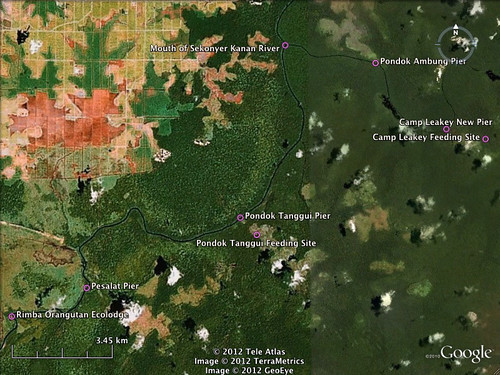 Tanjung Keluang is a cape located in kumai bay near the Java sea. This is where the endangered Green Turtles live and breed. There  is a non-profit organisation which monitors the welfare and release of the turtles and observes the great bio-diversity of the area.