Fight In The Wild 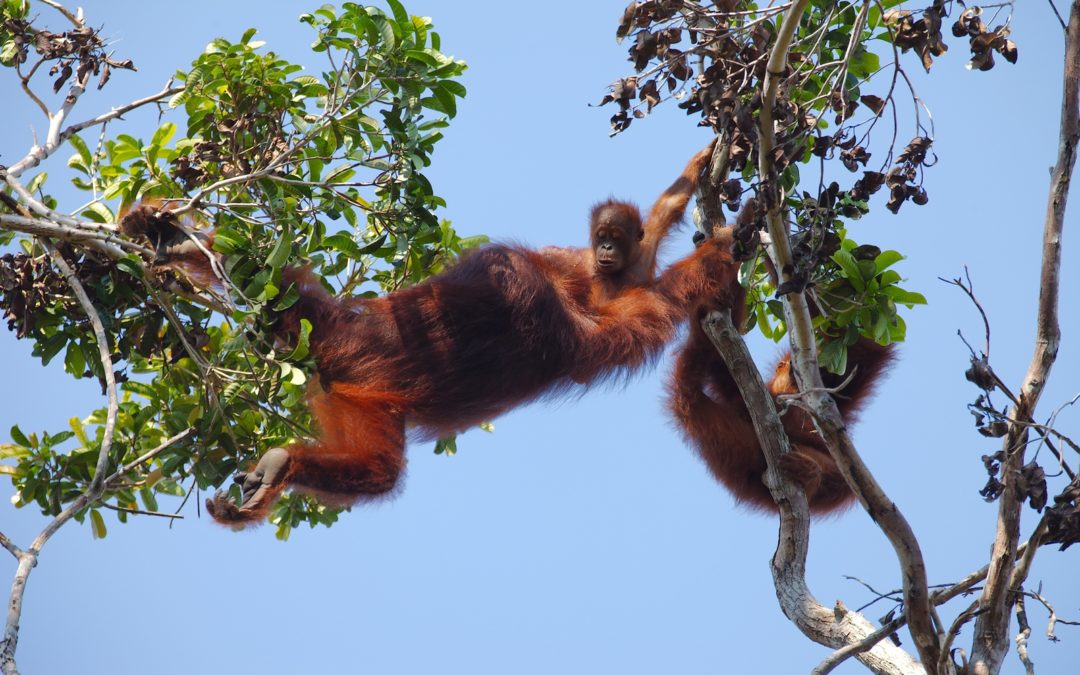 Before watching the orangutan feeding time at the rehabilitation camp, our program always follows a path to take closer look at the amazing biodiversity in the rainforest of Tanjung Puting National Park.

As we listened to the sonata of the rainforest whilts slowly walking between the tightly packed trees of the forest canopy, we observed various plants growing wild on the ground.Even though the lack of the sunlight filtering through the dense canopy makes them grow slowly, they look fresh. Roots of Liana twist and turn in their own charming way, and the moss covering the surface of the stems adds to the unique character of the rainforest biodiversity.

After walking for 30 minutes, we encounteer a group of wild boars covered in mud taking a rest. Wild boar are often found in the conservation area as they help themselves to the leftovers such as banana peels.

There are several species of attractive wild orchids and carnivorous plants here as well. Our guest were amazed at the orderly procession of forest ants working diligently to supply their colony with food and as they watched the movement, they were afforded many great photo opportunities to capture these tiny soldiers. As the guests were focused on the ants and some mushrooms, everyone was surprised by the sudden noise not far from the group. With great curiosity and anticipation, we moved through spiny bushes and the peat swamp toward the source of the sounds. The sounds became louder and guided us to their location.

Wow!what we encountered was truly incredible-an adult female and teenage adolescent Orangutan fighting fiercely.They were wresting,beating each other and biting furiously. Each had already sustained bit wounds to the body and head. The male orangutan has been slowed and weakened by the female’s aggresive attacks. Female are known as fierce fighters and they will do whatever it takes to dominate the battle. Finally the panicked male retreats and climbs a nearby tree to avoid further assaults. The female ended her attack as he moved out of her range. The female then came down to sit and rest near her five years old son who had witnessed the whole thing.

After watching this incredible spectacle, we headed over to the rehabilitation feeding station to watch the other orangutans eat. Our guests wre thrilled and energized after having witnessed this extraordinary Borneo rainforest moment!