Tanjung Puting National Park is famous for its orangutan rehabilitation and conservation programs. The park is located in Indonesia on the island of Borneo in the Province of Central Kalimantan.

A widely use jump off to the park is Kumai, a small port town in Central Kalimantan. 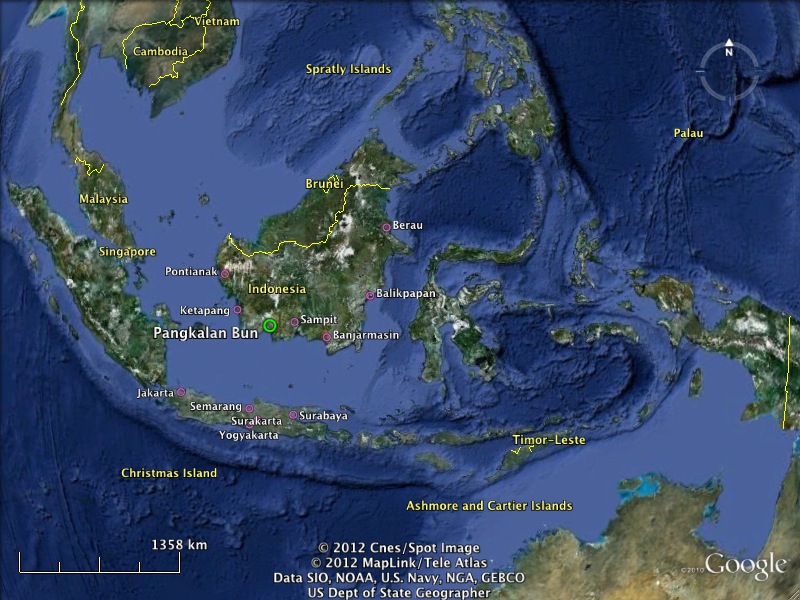 Pelayaran Nasional Indonesia (PELNI) is the national shipping company of Indonesia. They operate various routes, and hae access to Kumai from Semarang and Surabaya directly. You will need their homepage for actual information, sometimes they are on biweekly schedule.