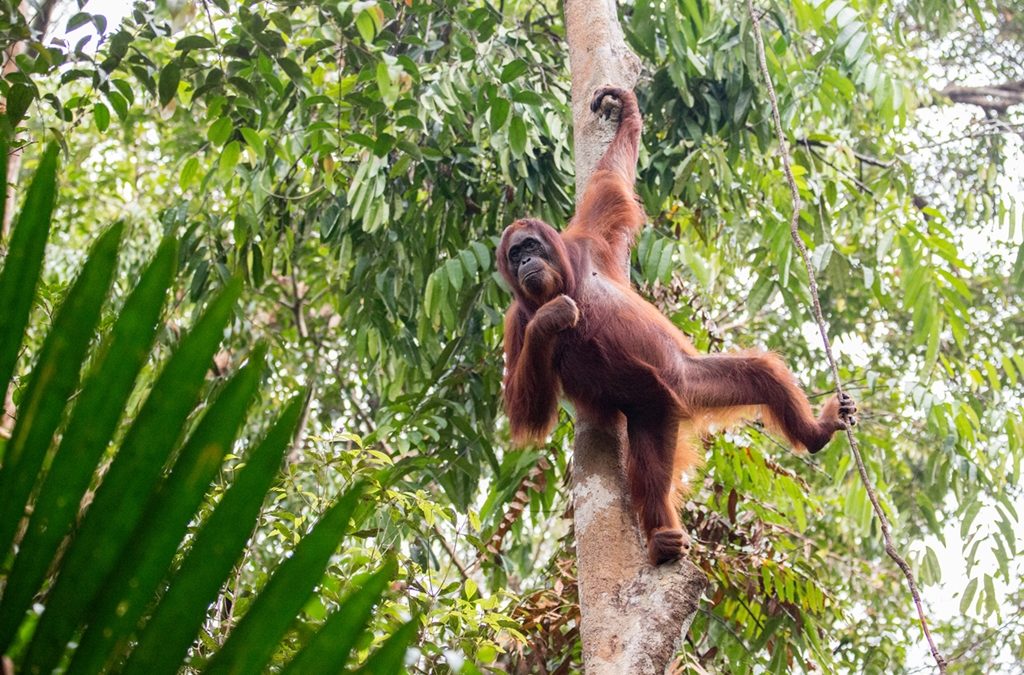 On 12th-14th september 2012, i had a tour (guided my clients). They came from england. There’s something very impressive on the trip of these young couple, that’s where we saw the fruit bats fly in groups in the Tanjung Puting National Park. They number were a hundreds. I wondered to myself, “why today there were a lot of bats, while 1 week ago there’s 3 -5 of them seen ?” . I was curious and continued to watched them flying beautifully. Flapping wings was not too many, maneuvers and then stopped at a tree finally.

My observations focused on one of those who stop at one tree and relies on the tree branches, I saw a bat ate fruits on the tree and some other bats came in and rely on the same limb.the tree was so close to the klotok we were docked for the night on the banks of the Sekonyer River. when it’s getting darked, we are relaxed and read book while waiting for dinner.
Typical Indonesian food and serve in neatly had been made our customers trip very memorable. Hospitality private chef and boat crew are also pamper our customers.

On the next afternoon, we watched another fruit bat. They were more by this time. And more interesting we saw a female orangutan and her infant was still cling with her mother. The infant seen complaining, upset and crying because he wanted to picked the fruits but was prevented by her mother.
On the left side of our klotok, audible noise due to the switched a group of Proboscis Monkey trees, some of them are sat on a tree limb and ate the fruits.A little bit fight because fruit scramble. Big nose and a cute face had been made our customers smiled to herself.