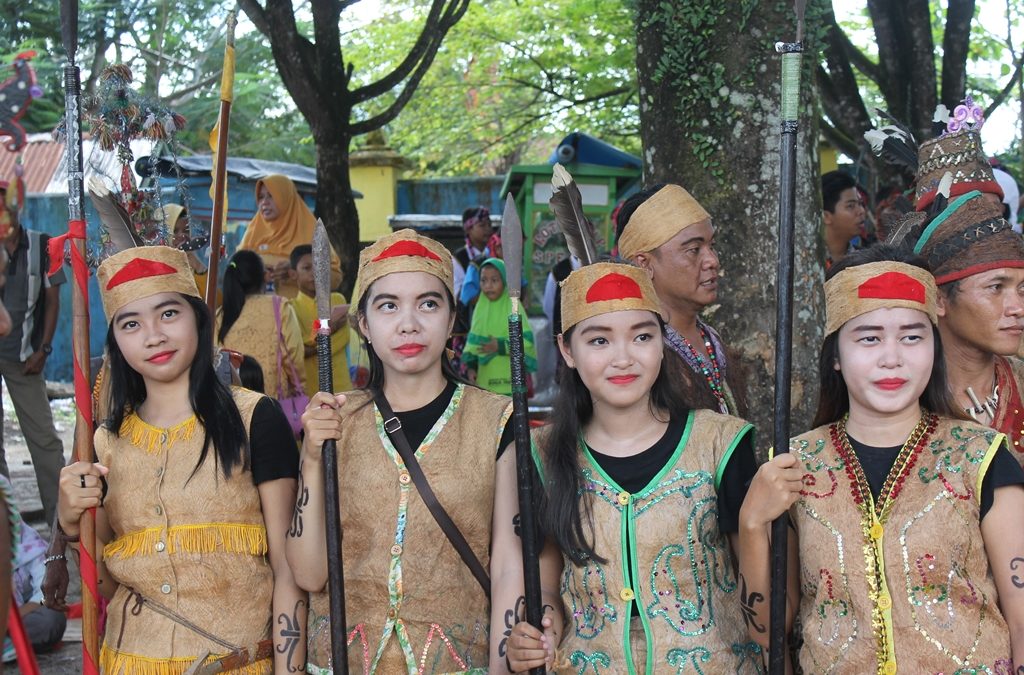 October 2016 was the busiest months for the local goverment especially for the official tourism and culture of West Kotawaringin. This is the time when they had to organise and prepare for the upcoming event of Nusantara Palace Festival -X which is attended by hundreds of participants representing all Keraton from Aceh to Papua. The festival is hosted by local goverment of West Kotawaringin and Keraton of Kotawaringin  who aim it is, is to conserve the culture of all Keraton and reintroduce their history to society of Indonesia and connect to the local community to gain their co-operation in terms of culture and ecotourism. And as the tour operatour the Orangutan Voyage also got opportunity to organised all necessities of Sultan Kaprabonan Cirebon and its participant during their visit for 5 days 4 nights, including a day trip to view the Orang Utan in their natural habitat at Tanjung Puting National Park.

This festival was so amazing where thousands of people look so amazed when each Keraton dancers showing their traditional dance and display out their own authentic heritage on this event that is held on October 9th-12th, 2016.

October is also  the month where the local goverment organises a celebration of anniversary of West Kotawaringin. There is also giant parade which is  attended by hundreds of people from district and villages. They all dress up in traditional customes and all along Arut River  are the highly decorated boats. Much enjoyment is had listening and dancing to traditionally played music. This is a fantastic sight for tourists and the locals to witness the Nusantara Palace Festival -X and celebration of West Kotawaringin.